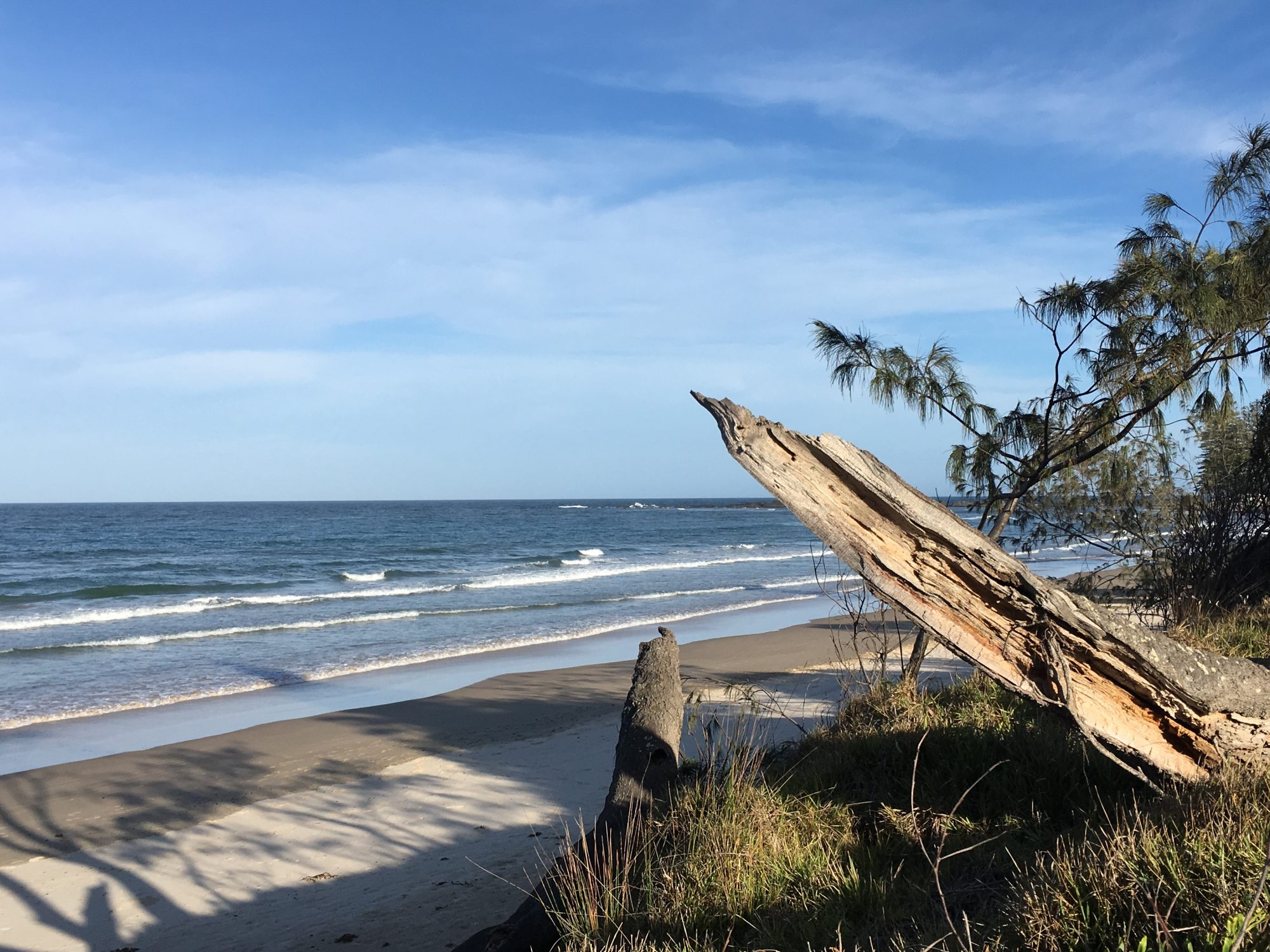 Friday, around 2 p.m. at Brooms Head. After spending two lovely days at Yamba, a little but very nice town near Byron Bay, we moved on to the next beach – only stopping for lunch in the old town of Maclean.
Since Byron Bay was pretty crowded and it was raining all the time, I told Gaz that we would leave instead of taking a surf lesson with him – although many people on Tripadvisor say/write that he is the ultimate teacher when it comes to surfing. Looks like I’ll never find out if that is true 😉.
Anyway, on Wednesday we started moving on to Brooms Head, but finally ended up in Yamba. It was almost 6 p.m., closing time of most caravan parks. Therefore, we decided to stay in Yamba for one night and move on to Brooms Head the next day. But then at breakfast… we met Sonja, David and their little baby daughter Freja from Brisbane. We had a great chat and decided to change our plans so that we spent another day and night in Yamba. We had a great time at the beach (although Fietje was sleeping almost most of the time) and a yummy pizza in the evening.
This morning, we met the lovely little family again at the café. We said that it would be great if we could have an exchange. They move to Hamburg for a couple of years, and we go to Brisbane. Since David and I are doing the same jobs, it would be great to change locations for a specific time. You never know. Maybe this might be possible one day. At least, we got to know this terrific family and hope we can host them one day in Hamburg 😊. Until then, we will visit many of the spots they told us about… Thanks guys! 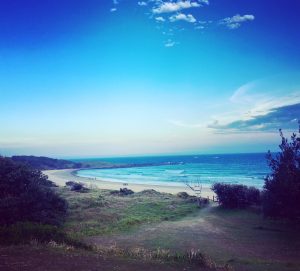